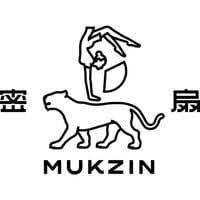 MUKZIN unveiled its very first overseas show in Paris and gathered a Wulin (a term used in fictions and media to describe the community of martial artists) event on the theme of “Woman Xia”, and establish the voice of fashion from the Orient in the name of Chinese Women Xia’s revolutionary spirits. In September 2018, MUKZIN released “Daan” its S/S2019 collection at London Fashion Week.