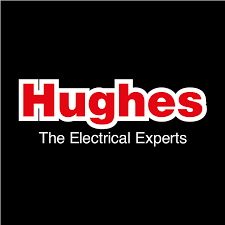 After serving on the western front throughout the Great War, Frank Hughes trained as an electrical engineer before founding the business in Lowestoft, Suffolk, in 1921. Originally rewinding industrial electrical motors for Lowestoft’s fishing fleet, Frank bought his first shop in 1928, where he built and sold radios while the family lived over the shop. The business was incorporated in 1946, but the following year Frank passed away, leaving his children Peter, Phyllis and Jim to take over the management of the company.